Telegram from King to Smith's Family on Her Passing

Smith's and King's Speeches from December 1960 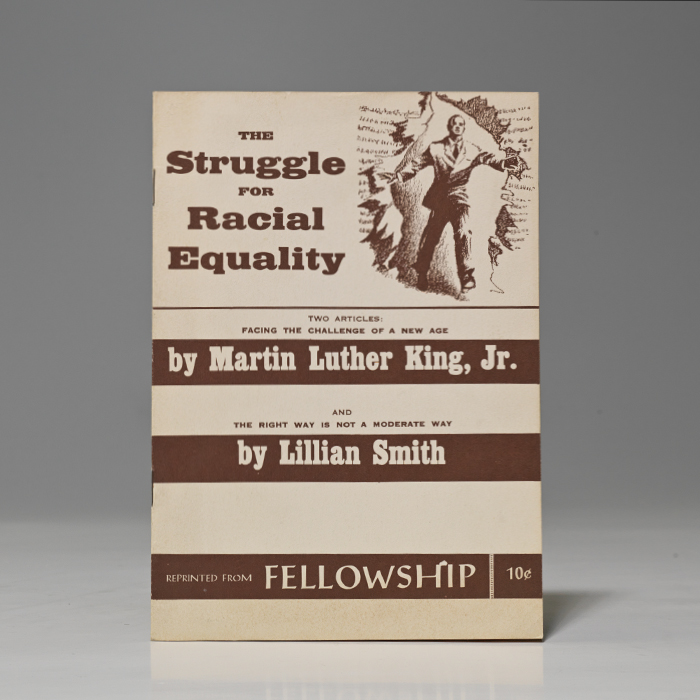 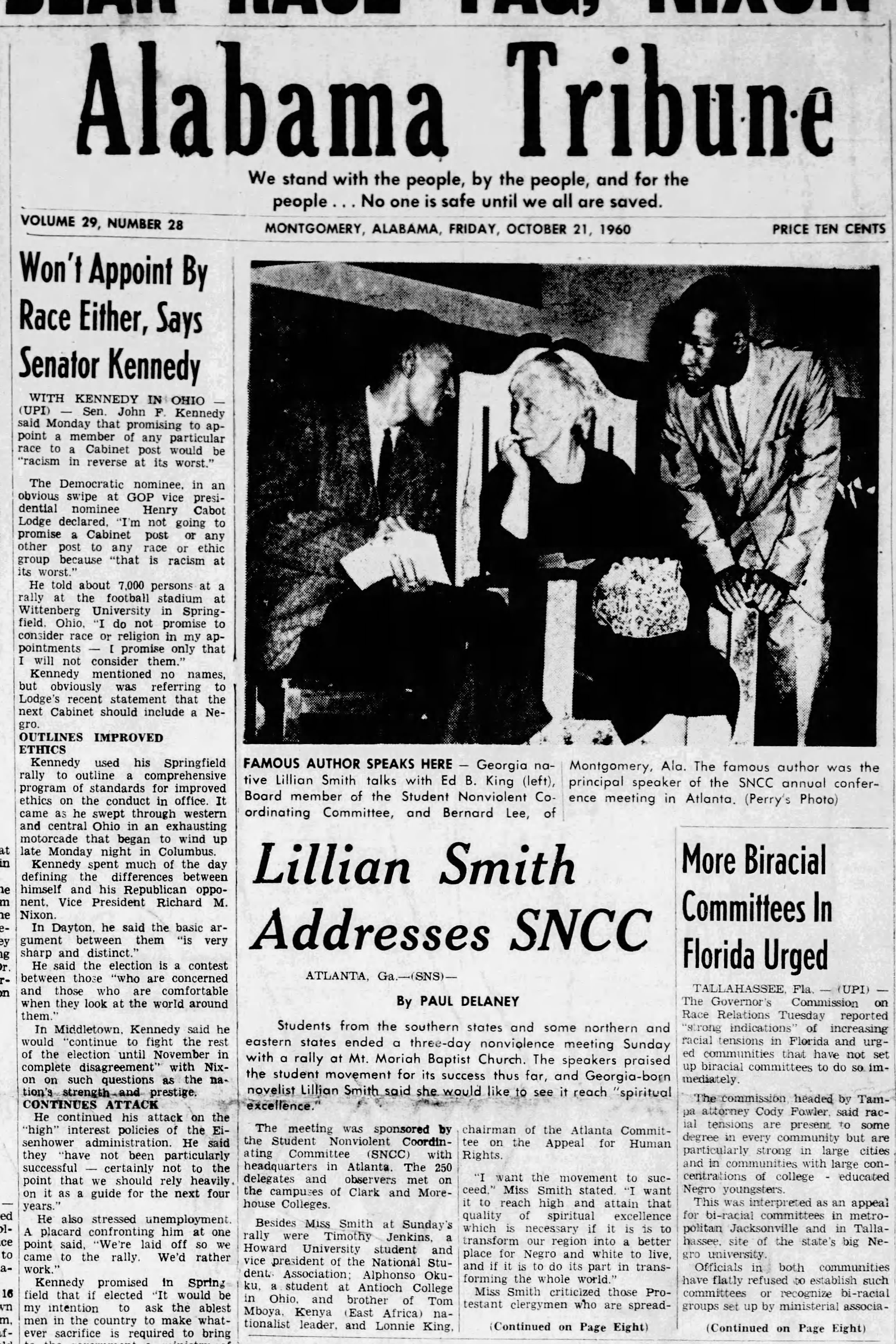 During the Montgomery Bus Boycott, Lillian Smith wrote to Martin Luther King, Jr. for the first, and her letter begins, "I have with a profound sense of fellowship and admiration been watching your work in Montgomery. I cannot begin to tell you how effective it seems to me, although I must confess I have watched it only at a long distance." Thus began the friendship between Smith and King, a friendship that would last until Smith's death in 1966. Following Smith's passing, King wrote to her family saying, "She was one of the brightest stars in the human firmament. Probably no southerner seared the conscience of white southerners on the question of racial injustice than Lillian Smith."

In his 1963 "Letter from Birmingham Jail," Martin Luther King, Jr. wrote, "I am thankful, however, that some of our white brothers in the South have grasped the meaning of this social revolution and committed themselves to it. They are still all too few in quantity, but they are big in quality. Some -such as Ralph McGill, Lillian Smith, Harry Golden, James McBride Dabbs, Ann Braden and Sarah Patton Boyle--have written about our struggle in eloquent and prophetic terms. Others have marched with us down nameless streets of the South."

In the spring of 1960, King, along with his wife Coretta, drove Smith back to the hospital following a dinner. A police officer stopped them, probably because Smith was in the front seat with King, and once the officer discovered it was King driving the officer issued King a ticket. King paid the ticket, but he did not realize he was on probation.

Later that year, on October 19, 1960, student activists and King participated in sit-ins in the city of Atlanta. They were arrested, and King was transferred to DeKalb County because of the probation violation after the students were released. The Kennedys worked to get King out of prison, and this helped John F. Kennedy win the presidency.

Three days earlier, on October 16, 1960, Smith delivered the keynote speech to the students during a SNCC workshop at Mt. Moriah Baptist Church in preparation for the sit-ins. Following King's arrest and transfer, she wrote to Mayor Hartsfield, the Atlanta Journal Constitution, and more arguing for his release. Paul and Stephen Kendricks' Nine Days: The Race to Save Martin Luther King, Jr.'s Life and Win the 1960 Election details the political aspects of these events. While they do not focus on Smith, Paul and I discuss her in relation to these events on the LES Center's podcast "Dope with Lime."