Reginald Marsh "This is Her First Lynching" 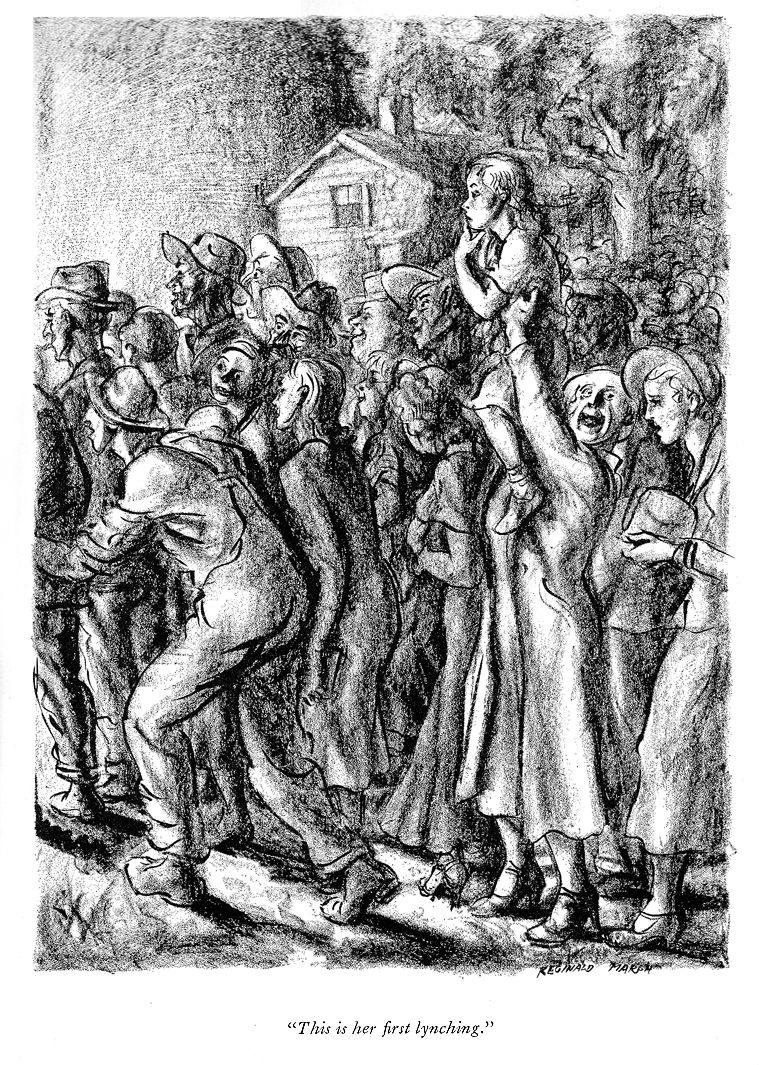 How Lillian Smith "Seared the Conscience of White America"

Lillian Smith wrote this newsletter in mid-summer 1946 to the parents of Laurel Falls Campers. Smith served as the director of the camp from 1925 to 1948, and during that time, she worked tirelessly to educate the campers who attended. At Laurel Falls, campers would participate in athletic activities such as horseback riding, swimming, and tennis, and they would also partake in drama, dance, and metal work. Along with these activities, Smith would engage with the campers in frank discussions about the world, speaking with them on a wide range of topics from racism and war to psychology and sex.

Buss Eye was a haint who lived on Screamer Mountain with his wife and their triplets. He would come down from the mountain to play pranks on the campers, and Smith would tell campers stories about his exploits. One story involved Buss Eye trying to figure out what he wanted to do with his life, and he decided to become a poet. He played a large role at the camp and in the campers’ imaginations.

As the letter indicates, Smith had in depth discussions with her campers about race. Writing to William Haygood in 1941, Smith mentioned that they “worked on many genuinely interesting projects with [the campers] in racial relationships, and there is always up here much discussion of the South and its problems.” In the newsletter, she writes about the conversations they had regarding the lynching of two married couples in Monroe, GA. Later, in 1959, Smith wrote to Wesley S. Hartley about the importance of the camp and the campers in her own life: “But I learned more from the campers themselves because I tried not to put barriers between me and them and we talked together about everything.”