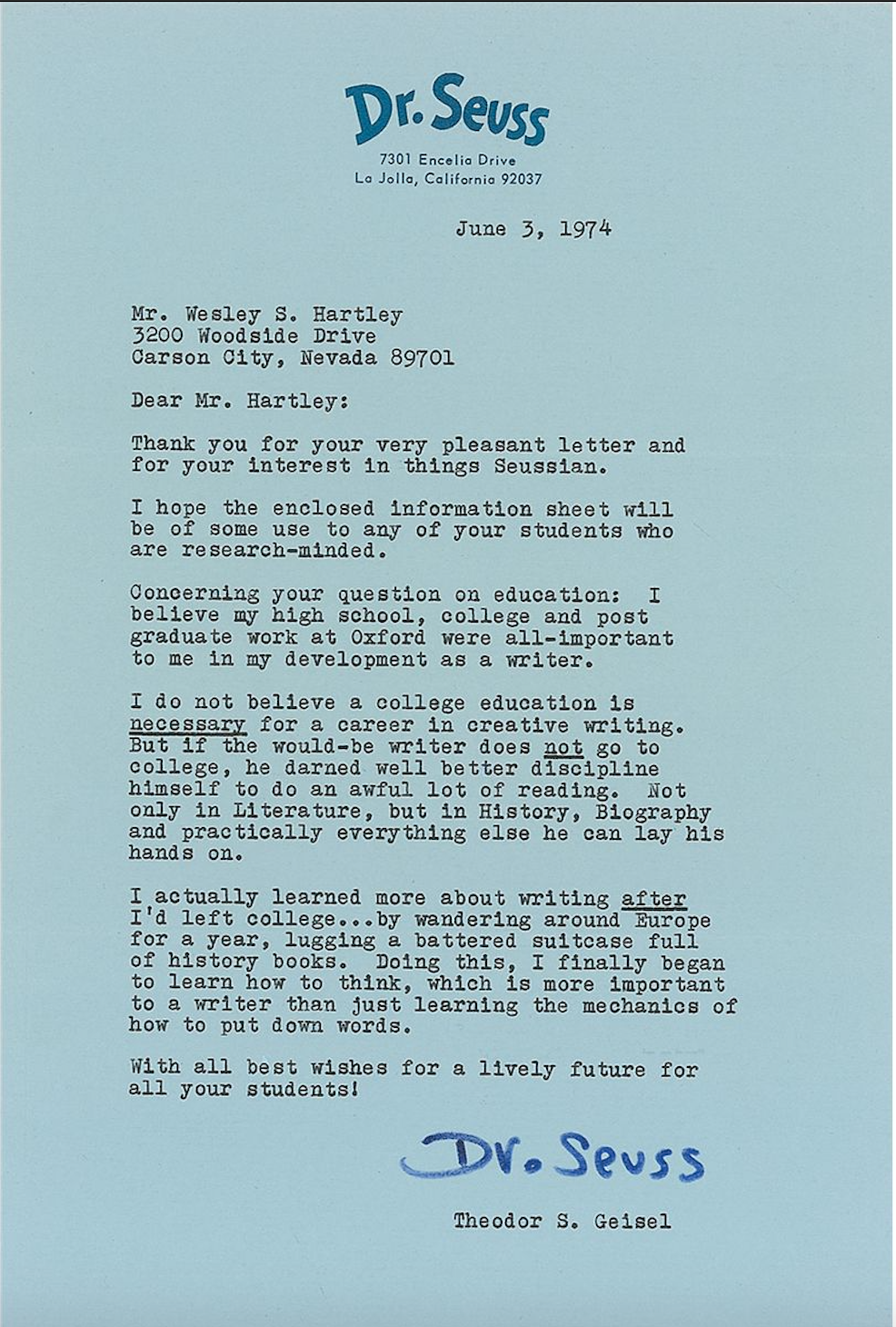 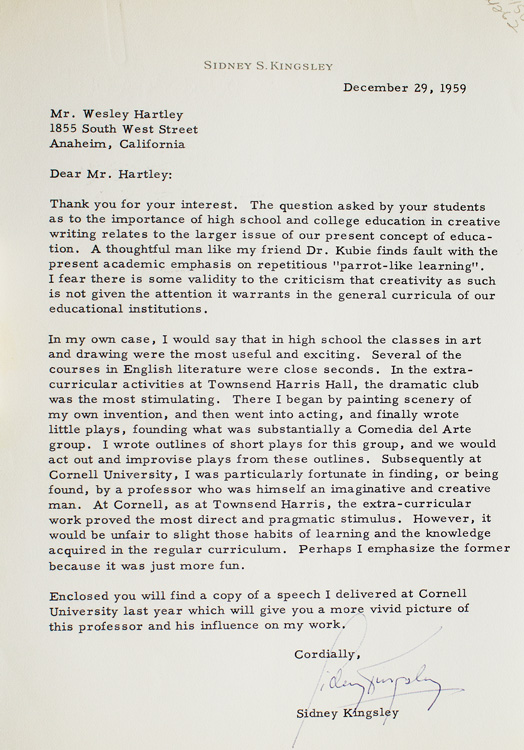 Lillian Smith "Letter to Mr. Hartley" appeared posthumously as “Bridges to Other People” in the September 1969 issue of Redbook. Wesley S. Hartley was a high school creative writing teacher in California from the late 1950s to early 1960s and later taught in Nevada. He wrote to multiple writers, asking them about formal education for creative writers. He sent queries to various authors over the years including Allen Tate, Katherine Anne Porter, Amiri Baraka, Dr. Seuss, and more.

In her response, Smith comments on the role of high school education before moving into details about her post-secondary education. She comments on her college education at Piedmont and Peabody Conservatory, speaking specifically about some of her instructors. She then chronicled her time in China and her time as the director of Laurel Falls Camps. Smith stresses the importance of the arts, in all their forms, and the importance of the connections we make between one another through education.

Lillian Smith on Collaboration between Reader and Writer